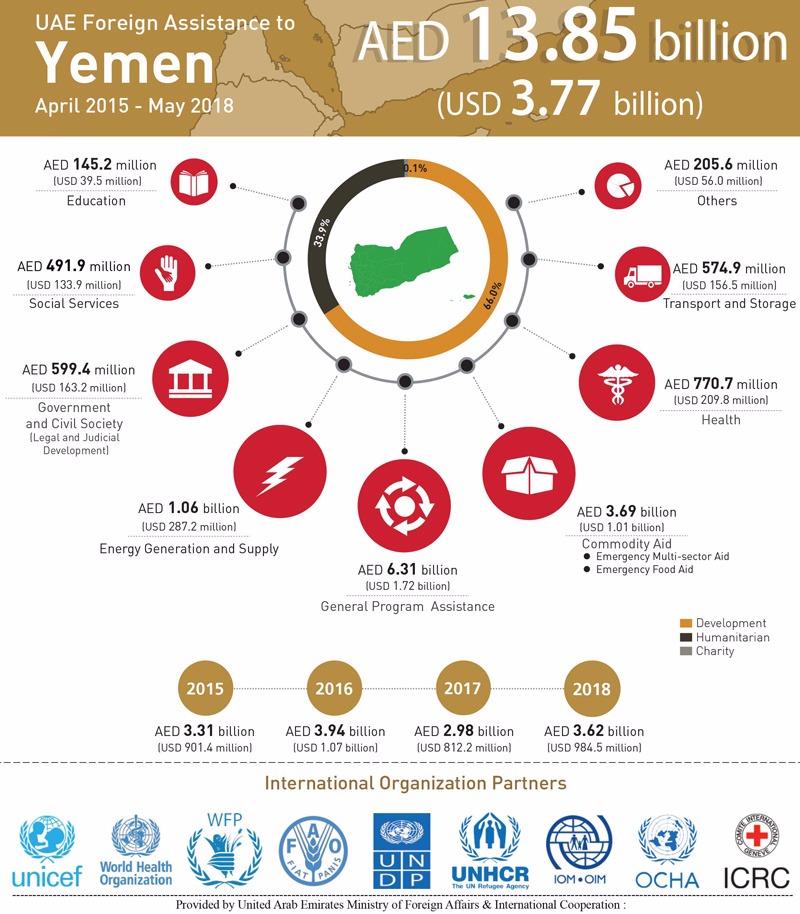 SAN’A, Yemen-The Palestinian-Israeli conflict is no longer the center of America’s Middle East policy. In its place is Iran and the proxy wars the Islamic Republic is accused of fueling in Syria and Yemen.

The recent statements of President Donald J. Trump’s inner circle, and those of his informal advisors, show a growing focus on Iran.

Informal advisors have been even more explicit. While calling for regime change in Iran at the opposition MEK rally in Paris, former New York mayor Rudy Giuliani ruled out U.S. military intervention citing Iran’s modern army and advanced weapons while adding that “the Shia crescent”— Iran, Iraq, Syria and Lebanon as well as the Gulf Arab states and Saudi Arabia—would be set ablaze if America invaded Iran.

Sanctions have cemented the mullahs’ hold on power, Giuliani said. The Islamic Republic has created a “mafia system” to circumvent U.S. and U.N. sanctions, while blaming its economic distress on the West. Many Iranians, the former mayor said, reluctantly support the dictatorship out of national pride. Still, he insisted, the goal of U.S. policy should be toppling the mullahs and creating a multi-ethnic democracy in Iran.

By contrast, European Union leaders do not support the recent anti-regime statements of Trump Administration officials and informal advisors, like Giuliani. In public and parliamentary speeches, German, Belgian and other EU leaders continue to support the nuclear agreement with Iran, which President Obama negotiated, and President Trump rejected, and champion lifting the remaining sanctions so European firms can sell industrial equipment to Tehran—creating or sustaining union jobs across Europe.

While NATO allies continue to debate Iran policy, the worsening situation in Yemen is drawing concern across the Western alliance.

The war in the Arabian Peninsula’s poorest country has spawned one of the world’s worst humanitarian crises. While Yemen has long suffered from tribal and ideological division, jihadist violence and abject poverty, the civil war between its government and Houthi rebels has produced an unprecedented refugee and starvation crisis.

A child dies every 10 minutes in Yemen and some 8.4 million Yemenis are at risk of starvation, according to U.N. estimates.

Yemen’s war is a proxy fight between Iran-backed Houthi rebels, who are largely Shi’ite Muslims like their supporters in Tehran. They have funding, training, arms and ballistic missiles from the Islamic Republic, according to U.N. reports.

Yemen’s government is supported by air and ground forces from Saudi Arabia and the United Arab Emirates, each of which have urged Washington to take a harder line on Tehran.

The Houthi rebels, which temporarily drove out the Saudi-backed government from Yemen’s capital in March 2015, now controls virtually all of northern Yemen. The Iran-backed militias have fired more than 100 missiles into Saudi Arabia, the latest salvo killing a man in the southern Saudi province of Jizan this past Saturday. Houthi missiles have also targeted the Saudi capital, key oil production facilities and Saudi oil tankers in the Red Sea.

In recent weeks, the Houthis had tried to block the humanitarian aid on which depend 22 million Yemenis rely, according to U.N. estimates. More than 80 percent of food staples come through the Red Sea-port of Hodeidiah.  Houthi militias have seized the airport, located about 8 km south of the port in May. Houthi roadblocks and intense fighting were delaying food and medical shipments, while turning thousands of city residents into refugees.

In response, coalition forces, led by the United Arab Emirates which have been fighting in Yemen since March 2015, launched a decisive attack on June 13, 2018. In bloody house-to-house fighting, the Houthis were forced back from the city and its strategic air and sea ports, allowing for the opening, two days later, of an “air corridor” and the delivery of thousands of tons of humanitarian aid provided by the Emirati Red Crescent.

Emirati Minister of State for International Cooperation Reem Bint Ebrahim Al Hachemy recently unveiled a comprehensive humanitarian aid plan developed by the Arab Coalition to ensure the rapid delivery of aid. Tons of food is being unloaded every single day, brought into the refugee camps by snaking lines of trucks.

Meanwhile, Houthis accuse  Yemen and its Gulf Arab allies of human-rights abuses, including “secret prisons” for rebels. Yemen’s Deputy Interior Minister Maj. Gen. Ali Nasser Lakhma flatly denied the existence “secret prisons” in the government-held provinces. All prisons, he said, are regulated by Yemen’s prison service and comply with international standards. “And we are making efforts to provide services to inmates in prisons and to take the necessary legal measures.”

The Houthi claims, he said, are simply propaganda by partisan media outlets that likely receive money from Iran or its allies.

The U.N. is struggling to find a negotiated solution to the crisis. The United Nations envoy, Martin Griffiths, said on June 28, 2018, that he would like to bring together the parties in the coming weeks. “I’m hoping that the (U.N.) Security Council will meet next week,” he said, “and we’ll put a plan before them as to how we’re going to bring the talks back.”

Meanwhile, the U.S. is escalating military strikes in Yemen. President Obama deployed a small team of forces to advise and assist Saudi-led troops to retake territory from Al Qaeda affiliate in 2016, under strict orders not to carry out direct military attacks. Under President Trump, new orders were apparently issued. In the first month of Trump’s presidency, a U.S Special Operations forces raid in central Yemen killed one U.S. service member, several suspected AQAP-affiliated fighters, and an unknown number of Yemeni civilians.

Air strikes targeting al-Qaeda in the Arabian Peninsula (known as “AQAP”) and militants associated with the self-proclaimed Islamic State have also increased. The U.S. launched some 35 strikes in Yemen in 2016. In the first year of the Trump Administration, that figure climbed to 130.

Ever since the al Qaeda attack on USS Cole, which was rammed with a dingy loaded with explosives in 2000, killing or maiming 44 sailors, the U.S. has played an active role in Yemen. So far, the U.S. have avoided involvement in the civil war against the Houthi rebels, but diplomatic pressure for U.S. involvement is growing. The Saudi crown prince has reportedly asked the president for increased access to satellite imagery, weapons sales and refueling of coalition ships and aircraft. No decision has been announced by the White House.

While Houthi rebels do not pose a direct threat to the United States, their attacks on Saudi Arabian oil infrastructure threaten the kingdom that has been allied with the U.S. for more than 80 years as well as international energy security.